Sugar Pimp: The story of a pimp and the women who loved her


At school, I was popular, got good grades and loved playing soccer.

My stepdad always taught me to be strong, to believe in myself, that girls could do anything boys could do. He also taught me to fight. On summer days, he would take me to the gun shop and the shooting range, and sometimes we made bullets with his bullet-casting machine on our back deck. He made me and my mom do emergency drills in the house to prepare for intruders, rape threats, even nuclear war. I thought I could tackle anything or anyone. About a year after that night in downtown Calgary, my parents divorced.

My mom and I moved into a small apartment, and my stepdad and I grew apart. The divorce devastated my mother, and soon she was drinking and partying all the time. I never liked the guys she dated, men who used her for sex and a good time, and we often fought because of it.

My perfect world was crumbling, and in typical teenage fashion, I rebelled. One night, when I was 13, a friend broke into a vacant house for sale and threw a rager. I drank until everything was a blur, and smoked cigarettes and pot for the first time. That night, I lost my virginity in one of the empty bedrooms upstairs. All of my friends had dysfunctional families—some were abused, others had alcoholic parents—and we all wanted to escape. In , when I was 13, five of us hatched a plan.

We had no money, but we were cocky enough to believe we could survive on our own. One of my friends, who was 16, said that she would turn tricks to support our group once we reached Vancouver. In September, we found our target: a full-size, decked-out RV in a downtown lot. I was the smallest of the group, so I squeezed through the sunroof and unlocked the doors.

We hopped inside and hot-wired the vehicle.


After an hour and a half on the highway, we stopped in Banff and stole a credit card from an unlocked pizza delivery car. After all, we were a group of unkempt teens driving an expensive motorhome. He called the police. As we hit the highway, driving through the Rockies, a fleet of cruisers began chasing us. With the cops on our tail, we got desperate, whipping stuff out of the back door, even a mattress and a passenger seat, to slow them down. Eventually, we swerved into a ditch. When we emerged, a phalanx of RCMP officers stood with loaded guns. We were promptly handcuffed, arrested and told to lie on a hill.

Reporters showed up and snapped photos of us.

The press compared our chase to something out of Smokey and the Bandit. I spent two weeks in the Revelstoke jail before they let me off with a warning. When I got home, I was expelled from junior high, and my mom sent me to stay in a group home for troubled kids. I felt displaced and unloved, and I thought I was invincible. One of my housemates was a year-old girl who had been court-mandated to stay at the home. She lived with her pimp, she told me, and made enough money to support herself.

Two weeks after I arrived at the group home, we ran away to her house, a duplex in the north end of Calgary. She asked me to sit outside for a moment while she went upstairs.

How the glorification of pimp culture contributes to sex trafficking in the U.S.

Within minutes, I heard her screaming, then a man yelling, then my friend sobbing. I realized I was hearing her pimp beat her. I never wanted to be hurt like that, and yet I still believed becoming a prostitute was my key to independence. I wanted to learn how. W ithin a year, my relationship with my mother had all but evaporated. More often, we fought. Our arguments always ended in tears, and soon I stopped returning home altogether. Mostly, I wanted love. They were just a few years older than me and already veterans of the sex trade.

When I told them I needed a place to crash, they offered to take me in.

As we headed to their apartment, they stopped at a corner store and bought a cucumber and a pack of condoms. I was ready. The next night, I headed to a club and met a man in his 20s. He looked like something out of Risky Business, with slicked-back hair and a black trench coat.

He offered me a deal: for one night only—and 50 per cent of my profits—he could line me up with interested johns.


I turned my first trick the next night in a musty attic above a restaurant in Chinatown. He agreed to wear a condom. I lay down on a stained mattress, closed my eyes and tried to forget where I was, holding my breath to avoid his stench. I serviced four other men that night, and each time I tried to think of how good the money would make me feel. I handed the Risky Business guy half of it and never spoke to him again. I trolled the local pickup spots in Chinatown, making a name for myself.

Soon I was getting between 10 and 20 calls a day. Within a few weeks I had an older friend rent out an apartment for me and a few other girls. It was a trick pad, where our johns could buy sex from us. We went shopping for furniture at IKEA, fumbling toward adulthood. I called my mom from time to time. But we never really knew what we were in for. A friend of one of my regular johns once beat me because I refused to have sex with him while I was on my period. For weeks, we had a peeping tom who set up a stack of phone books outside the bedroom window where we serviced men.

Once, a pimp stabbed and killed a man a few streets from our home and showed up at our place to hide out from the cops. I told myself that none of it mattered. We were making thousands of dollars a week. We could afford designer clothes and limo services. We thought we ran the city. We were all lured by traffickers, who offered us more money and more protection. I knew he was a pimp, but he seemed different from the sleazy older men who usually worked the trade. 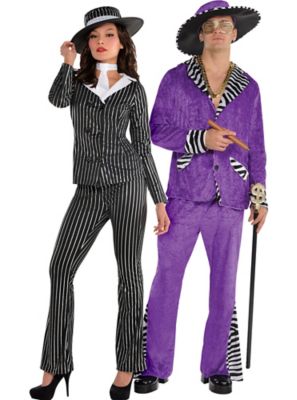 He was 25, with high cheekbones, a slim nose and a charming smile. I had just turned 17 and was instantly attracted to him. The night we met, he asked me questions about myself and showed me photos of his five-year-old daughter. He gave me his number, and for the next few weeks, we spoke on the phone every night.

Benjamin was what we call a Romeo pimp—he wooed me, promising me comfort and safety and normalcy. He said that if I worked with him, we could make enough money to get out of the sex trade, find a house in the suburbs and live a quiet life together. The idea appealed to me. I missed my old life, and I wanted to feel loved again. I thought the only way to accomplish that was through Benjamin. A few months after we met, he went to prison, serving a four-year sentence for living off the avails of prostitution and a few other charges.

I saw our time apart as an opportunity to prove my dedication to him. I visited him in jail and told him I would wait for him. I saved my money and bought him a Mustang. My devotion paid off. When he got out in , he promised that I would be the only girl he worked with. My new life with Benjamin cemented my place in the trade. We lived a glamorous lifestyle.